Office of the Vice President for Commonwealth Campuses 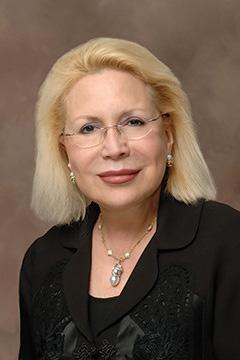 Madlyn L. Hanes is the Vice President for Commonwealth Campuses and Executive Chancellor of Penn State.

Dr. Hanes provides leadership for the University’s multiple missions across the Commonwealth and is responsible for the quality of academic programs in teaching, research, and service; strategic planning; budgeting; fundraising, alumni relations and outreach; and management of the campuses’ facilities.

Hanes holds the rank of Professor and C.C.C. in speech-language pathology. She earned a B.A. in English, M.A. in speech-language pathology, and Ph.D. with a specialization in language and literacy development from the University of Florida. She is the recipient of numerous awards for her community and organizational leadership, including the award for Administrative Excellence from Penn State. In 2015, she received the Donna Shavlik awardee for her work as a national spokesperson and co-chair of the American Council on Education’s Moving the Needle: Advancing Women Leaders in Higher Education initiative. The University of Florida honored her with the University Distinguished Alumnus Award.

Office of the Vice President for Commonwealth Campuses